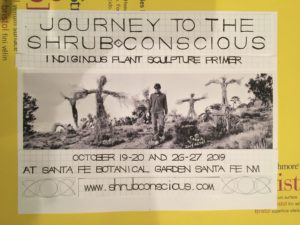 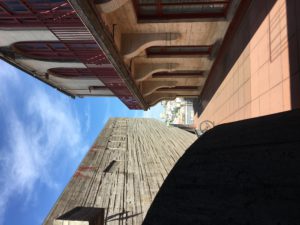 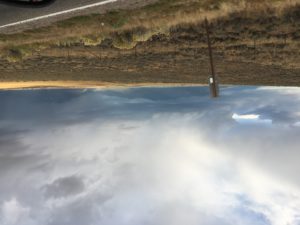 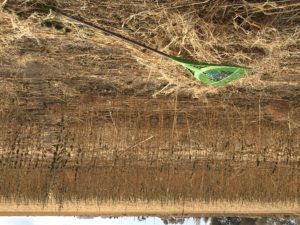 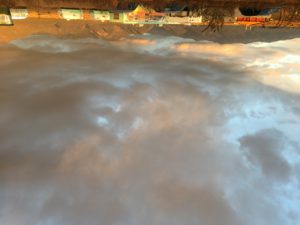 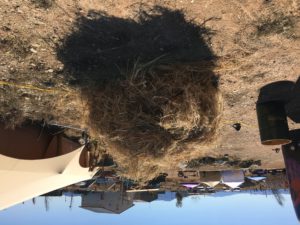 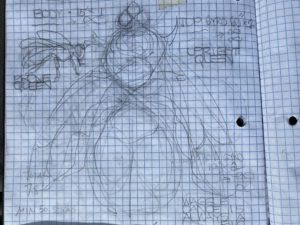 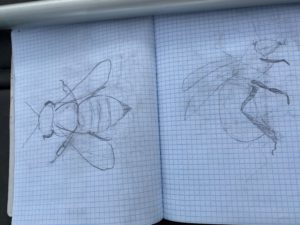 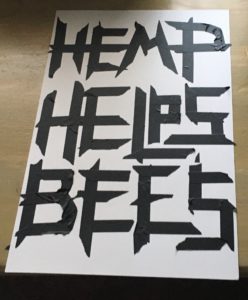 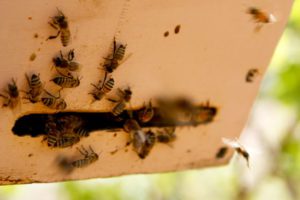 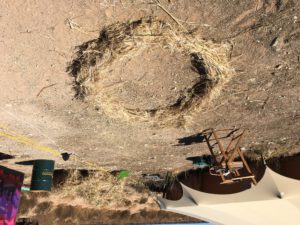 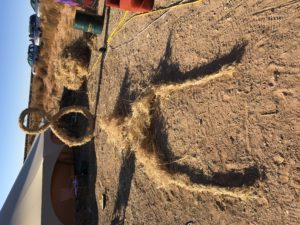 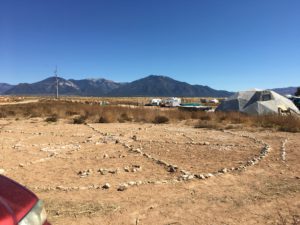 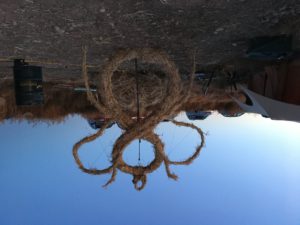 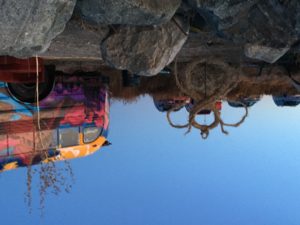 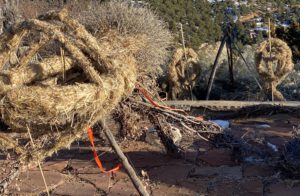 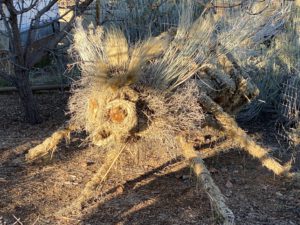 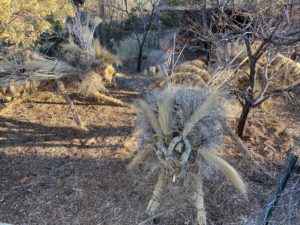 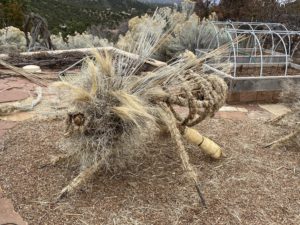 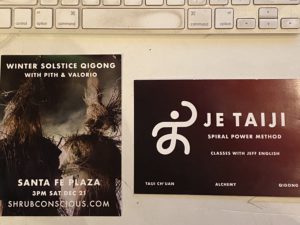 For those of you that have encountered either of these two notices around Santa Fe, thanks for your interest. I am happy to be collaborating with my good friend and Taiji instructor Jeff English on an ongoing exploration of the combination of traditional Chinese martial arts, motion pictures, theater and the theme of “return to nature.” Some of our fellow Tiaji practitioners will be joining us at 3 p.m. on the plaza in downtown Santa Fe this Saturday, 12-21-19 in observance of winter solstice. The costumed characters of Pith and Valorio from the “Scorched Ladders” movie trailer will be in attendance (view clip “Costumes Demo” for more info). We invite you to come watch, join in, or lend your good vibes as we conclude a season of significant growth and intend for a profound, beneficial expansion on all levels for the New Year. 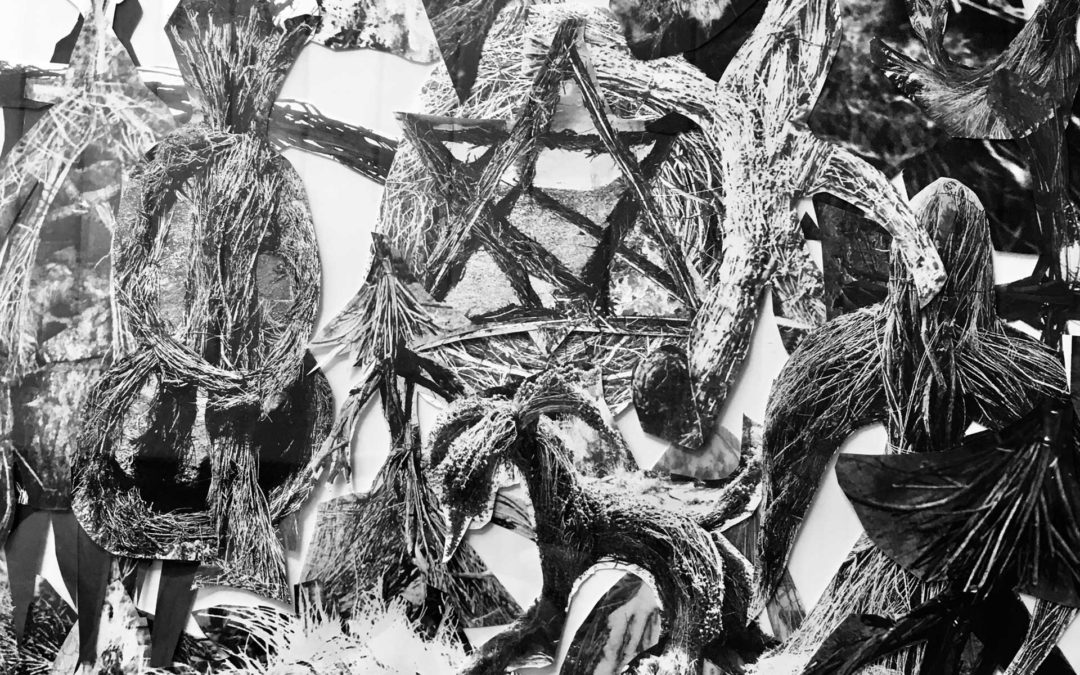 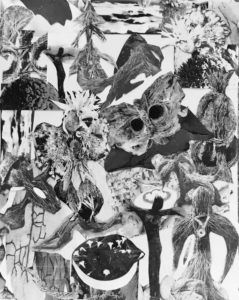 The uncanny character traits are imparted to these sculptures by none other than Mother Nature. By the time I get to work, it’s half done.

I use the words, “larger than life fantasy figures,” when introducing these sculptures, but I hope they evoke a memory of something tangible and invaluable having to do with our body’s native resonance.. The plant world is tuned to geologic time. When we interact with them, plants sooth us, root us, reintroduce us to that earth pace. Plants communicate with the deepest roots of the evolutionary onion that is our brain.

Setting aside philosophy for a moment, we wish to acknowledge all public art is political. We wish to make clear these sculptures are an invitation to fellow makers to clean up their act. Much of what we’re seen in 3D printed things, perpetuates the plastic waste stream. That’s just one of a zillion examples. I’m not setting myself up to judge, but my personal return to nature has led me to working with environmentally benign ingredients. We’ve surrendered a lot of what was required of our ancestors for them to survive. We need to reclaim as much as we can, while we can and cultivate awareness of that part of us which is inextricably pledged to this earth from beginning to end.

Though the sculptures are fantastical, they’re conceived to appeal to an innate capacity, embedded in to our nervous systems, to align with nature and move in accord. Most of our evolutionary development took place on that foundation. For the past several generations we have been adapting at a rapid rate in an increasingly technological direction. For the first time ever, our attention has been taken off our essential connection. 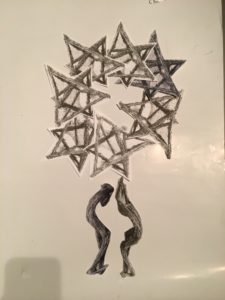 In repurposing indigenous shrubs as fine art, the show intends to evoke an impression of the nature spirit embodying something resembling ourselves and reaching out to us. Step through the magic mirror and Invent a bit of story and character to match your impression of each sculpture. They have come to make contact. Meet them halfway. . 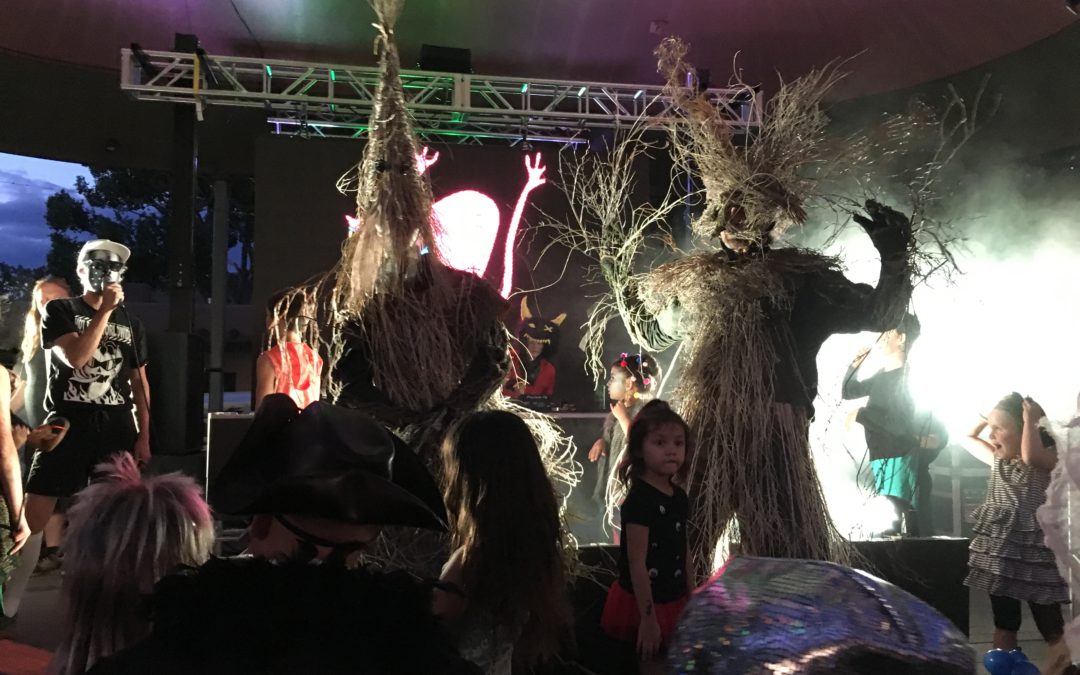 Shrubconscious made a appearance at Meow Wolf’s 12thAnnual Monster Battle on the plaza last Friday night in Santa Fe and were awarded the grand prize!

I have a filmmaking background and these two shrub wizard costumes were originally commissioned by Open Channel Content for use in “Scorched Ladders,” our 2015 entry into the Shoot Santa Fe Competition sponsored by the Film Office. That time we didn’t win. The costumes slept quietly in storage ever since. It’s turned out more rewarding to bring them out a second time than it was the first.

Our amazing collaborator on those costumes was Tatyana de Pavloff of Taos, NM. Before moving here Tatyana was brought up in the arts working for the Moscow Opera. We brought her on as art director and costume mistress on my film “Agnes Day.” I’ve been fortunate to be able to work with Tatyana on other movies as well. The shrub costumes were brilliantly designed and constructed with theatrical esthetics, comfort, and durability in mind. We owe a great deal to Tatyana for this recent win.

The dancers inside the shrub wizard costumes are my Tai chi teacher Jeff English. In the film, his character was Valorio so we still call him that (left) and his son Raptor English took on the persona of Pith. (right). Both of them were actors in the movie trailer for “Scorched Ladders”. Last Friday night they made the characters come alive. We were delighted to find a very receptive audience,

We are grateful to Meow Wolf for taking notice, but also for the many ways they help Santa Fe renew itself as a mecca for talented artists especially the younger generation. I’m not suddenly shouting their praises because they wrote me a check. Folks around here will tell you, I’ve spoken highly of them as often as their name has come up.

We’re delighted with their well earned success and with what that has done to draw a new generation of artist and art appreciators to our legendary town. We applaud Meow Wolf and Santa Fe for their enchanting way of bringing the public out to the plaza last weekend.